Post-Graduate Department of Sanskrit, G.M. Autonomous College, Sambalpur, celebrated World Sanskrit Day, Raksha Bandhan Festival and Farewell Ceremony on 14 August 2014, in the Lecture Gallery-1 of the college. Principal Smt. Smita Devi presided over the meeting. Others on the dais were Dr. Harekrishna Meher {Retired Sr. Reader and Head of the PG Department of Sanskrit) as Chief Speaker, Vice-Principal Dr. Kamadeba Sahu as Guest of Honour, Sisters BK Jyoti as Chief Guest and BK Deepa as Honourable Speaker and Dr. Sureswar Meher, Sanskrit Lecturer of the Department.

After Lighting of Lamp by the guests, Sanskrit Song ‘Sarvesham No Janani Bharata-Dharani’ was presented by the PG students of the Department. Guest of Honour, Dr. Kamadeba Sahu, delivered speech on the universal importance of Sanskrit and also expressed views on the ideal teaching and noble service to literature rendered by Dr. Harekrishna Meher who retired from his Govt. service recently.

Principal Smt. Smita Devi in her Presidential speech expressed her views on importance of Sanskrit Day Celebration and Raksha Bandhan Festival. Further she appreciated Dr. Harekrishna Meher as a beloved best teacher and litterateur in Sanskrit. She felicitated Dr. Meher with Anga-vastra and gifts offered to him by the students in the Farewell Ceremony meant for him. Students of the Department also expressed their experiences on their teacher Dr. Meher. In this function co-ordinated by Dr. Sureswar Meher, Brahmakumari Sisters tied sacred thread Rakhi to all present there.
= = = = =

Some Photos of the Function : 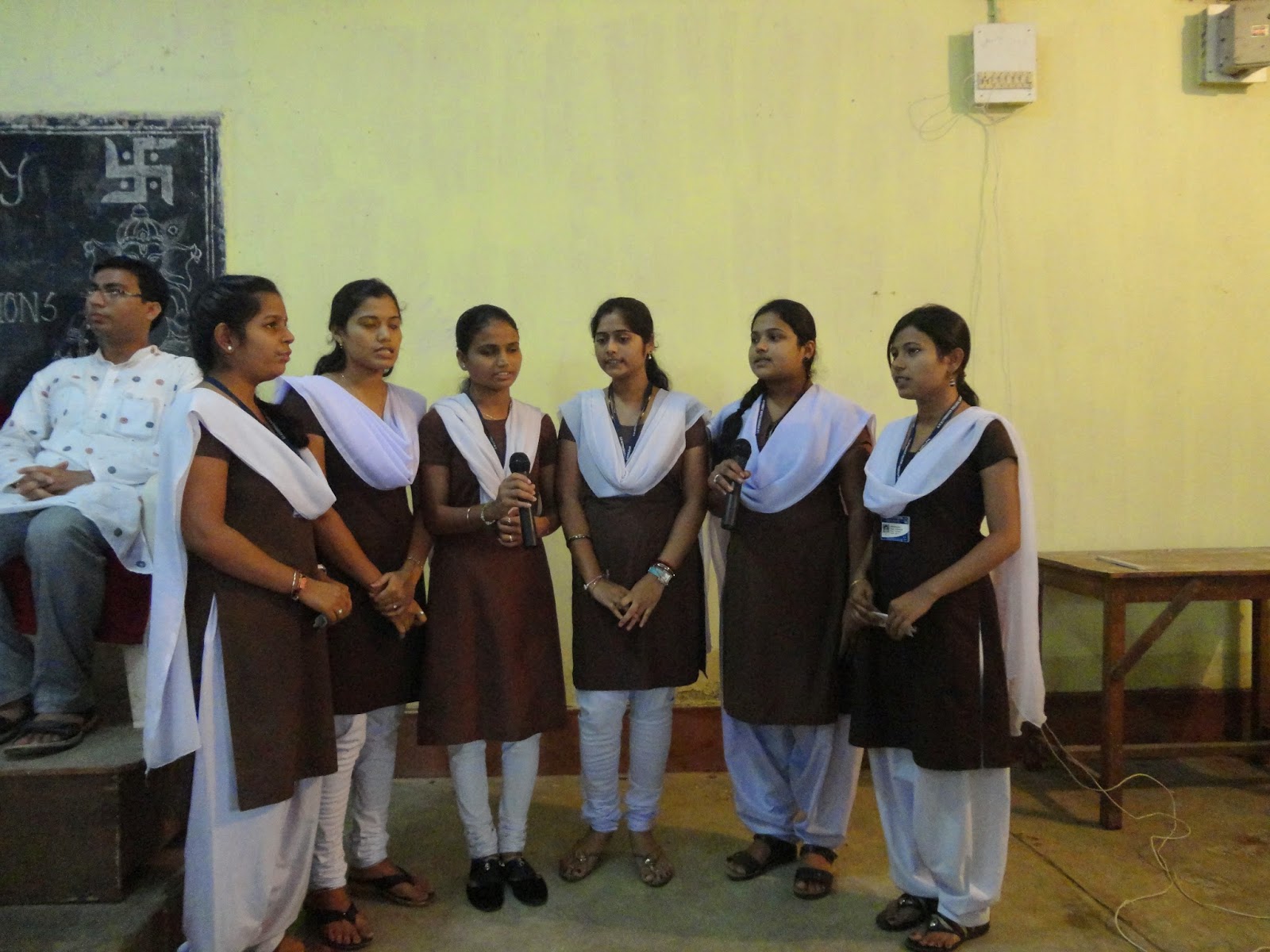 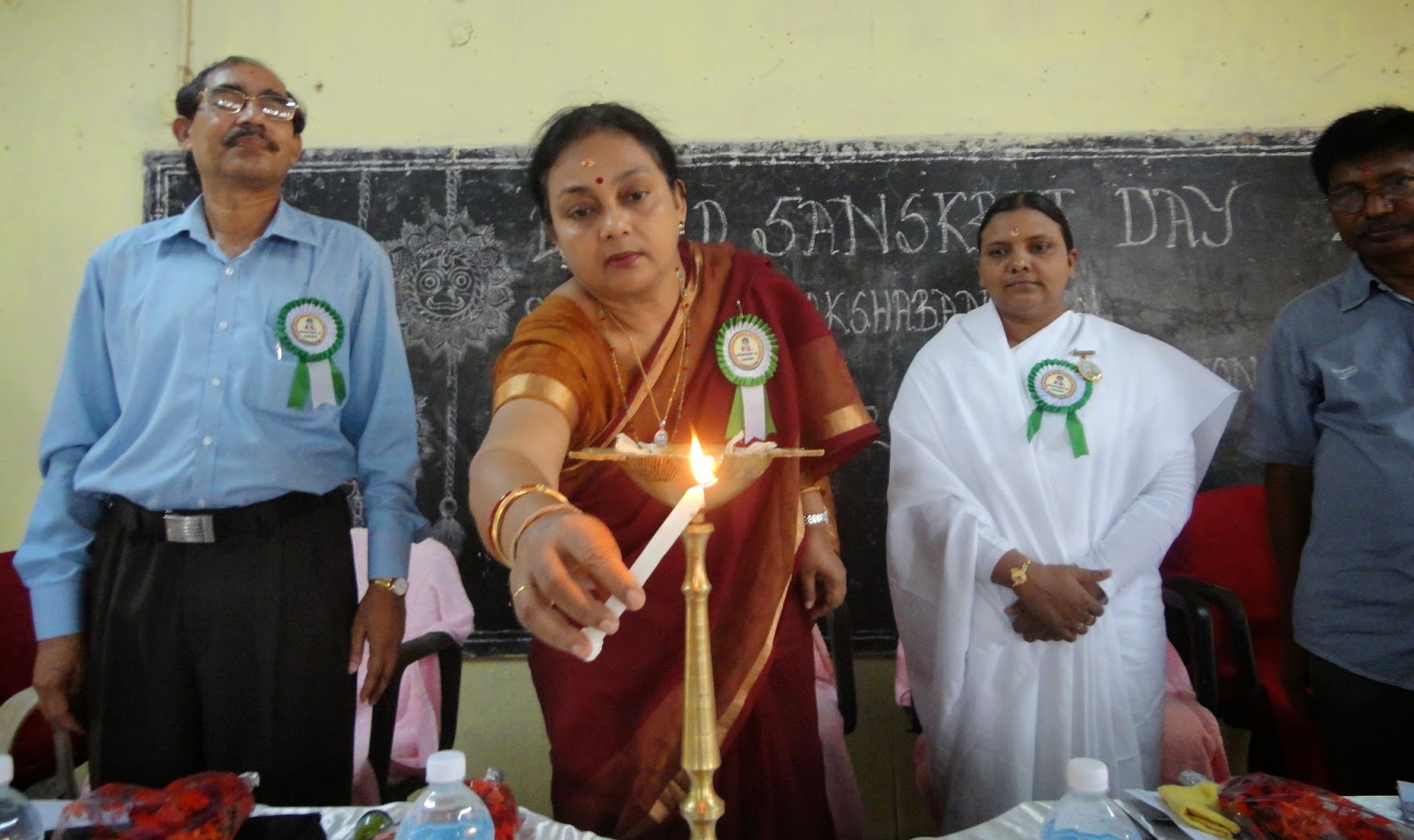 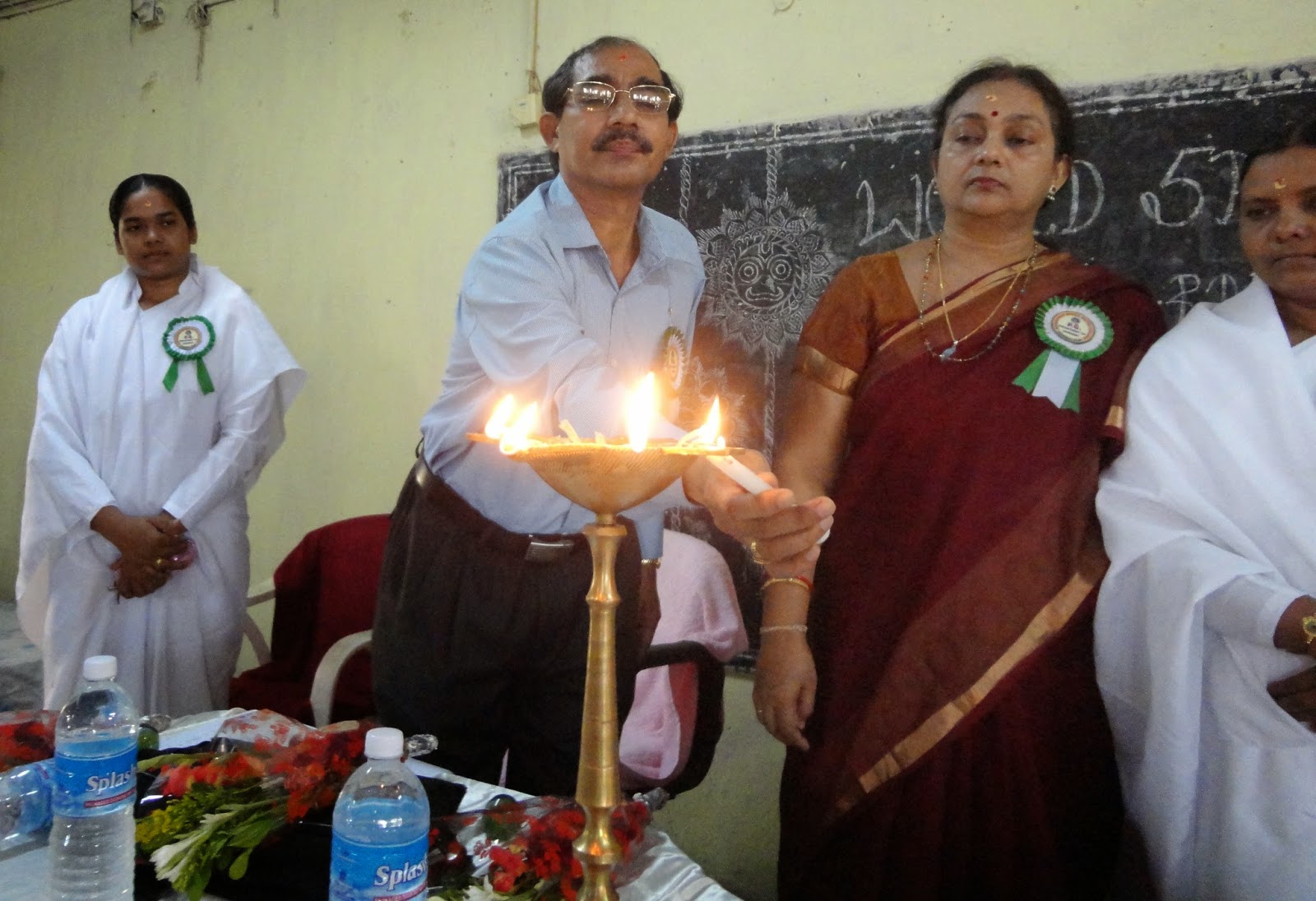 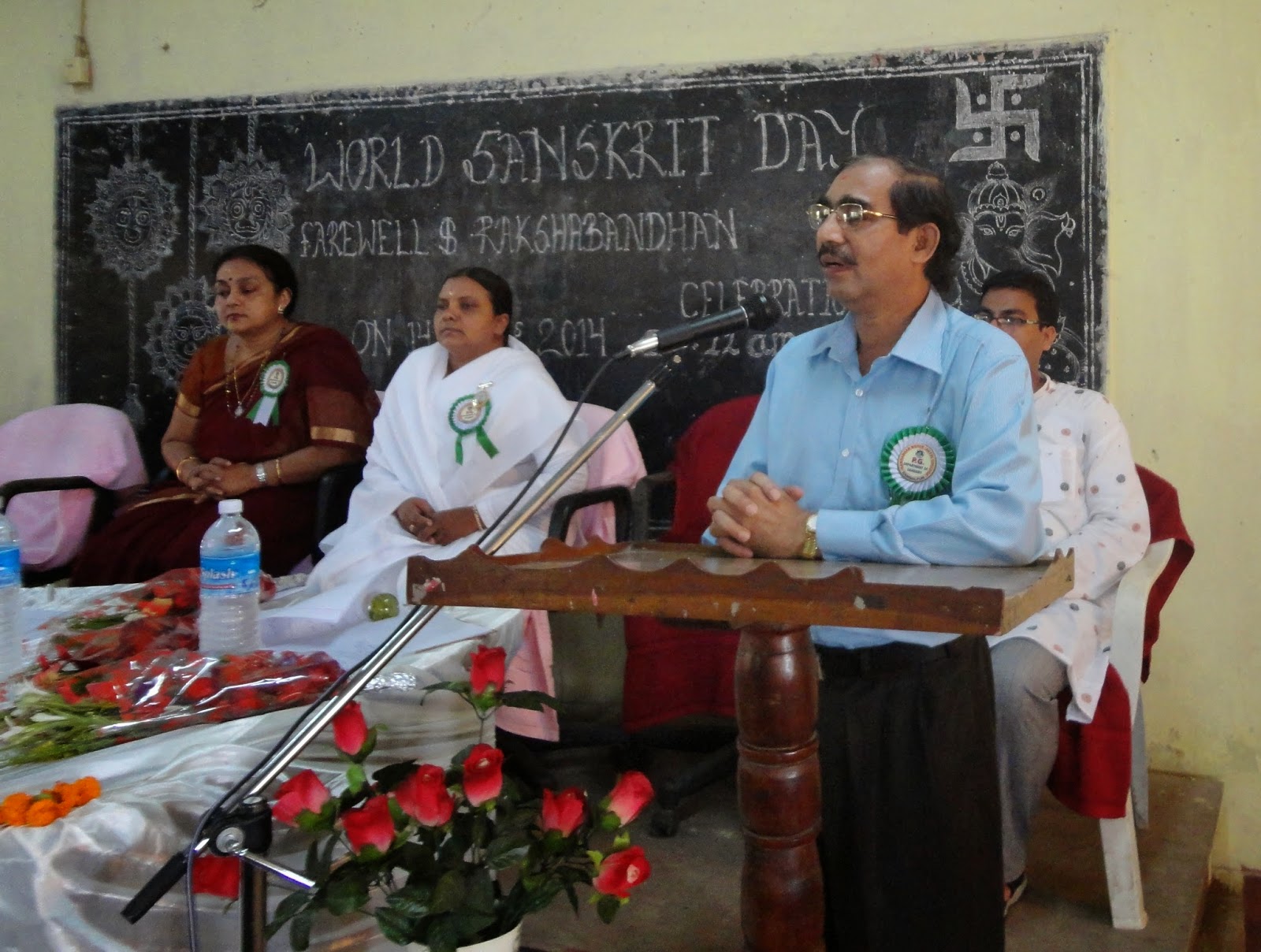 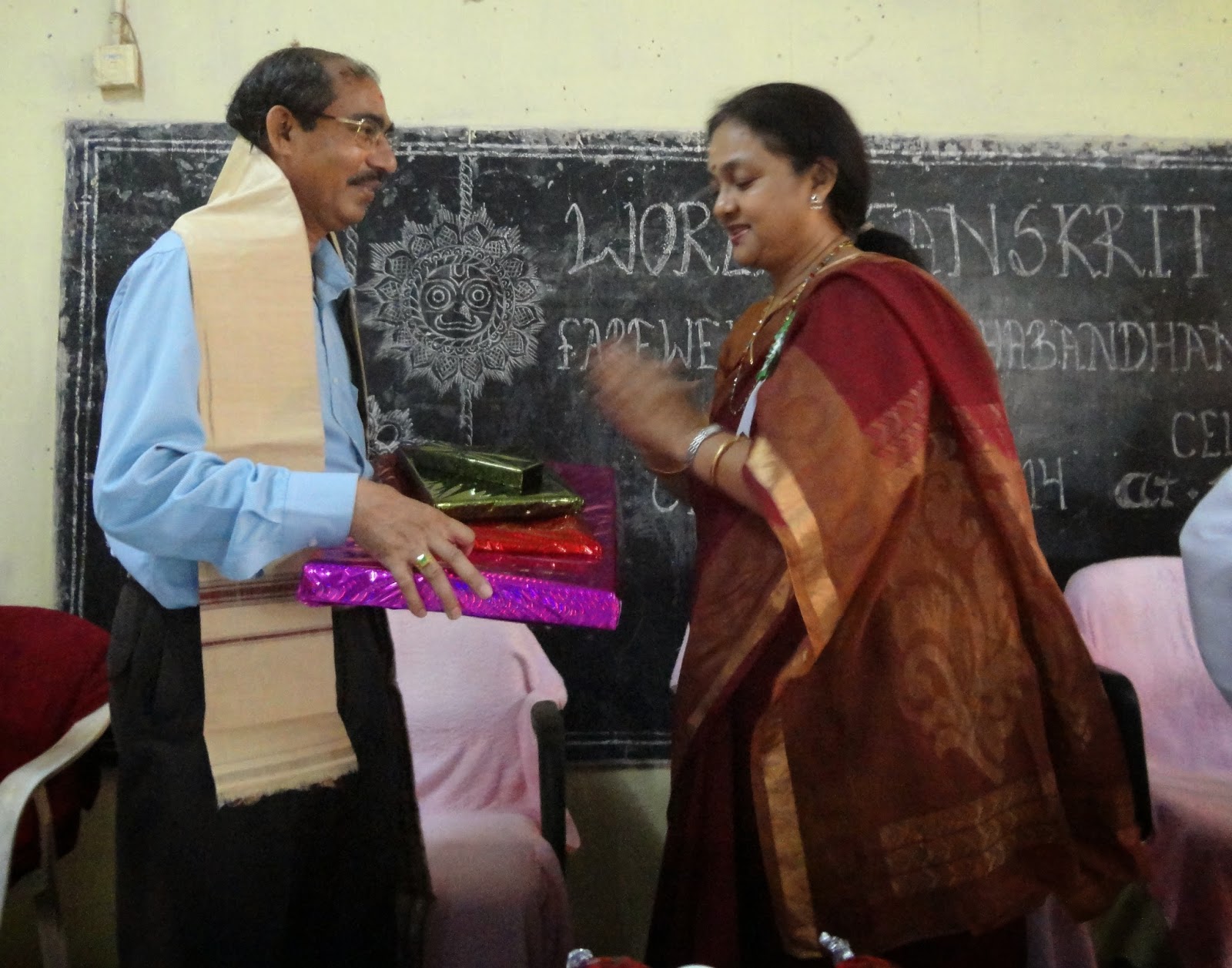 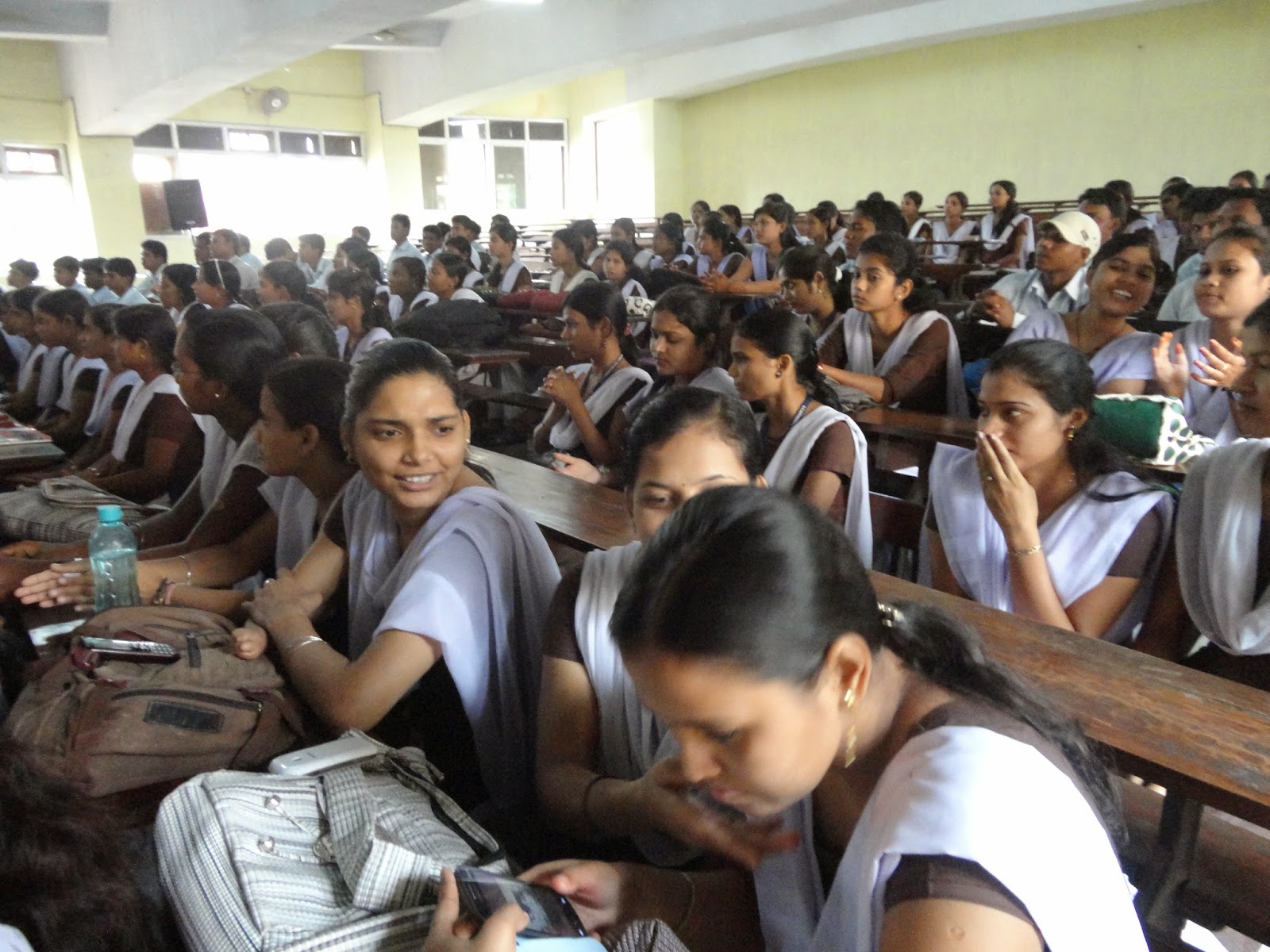 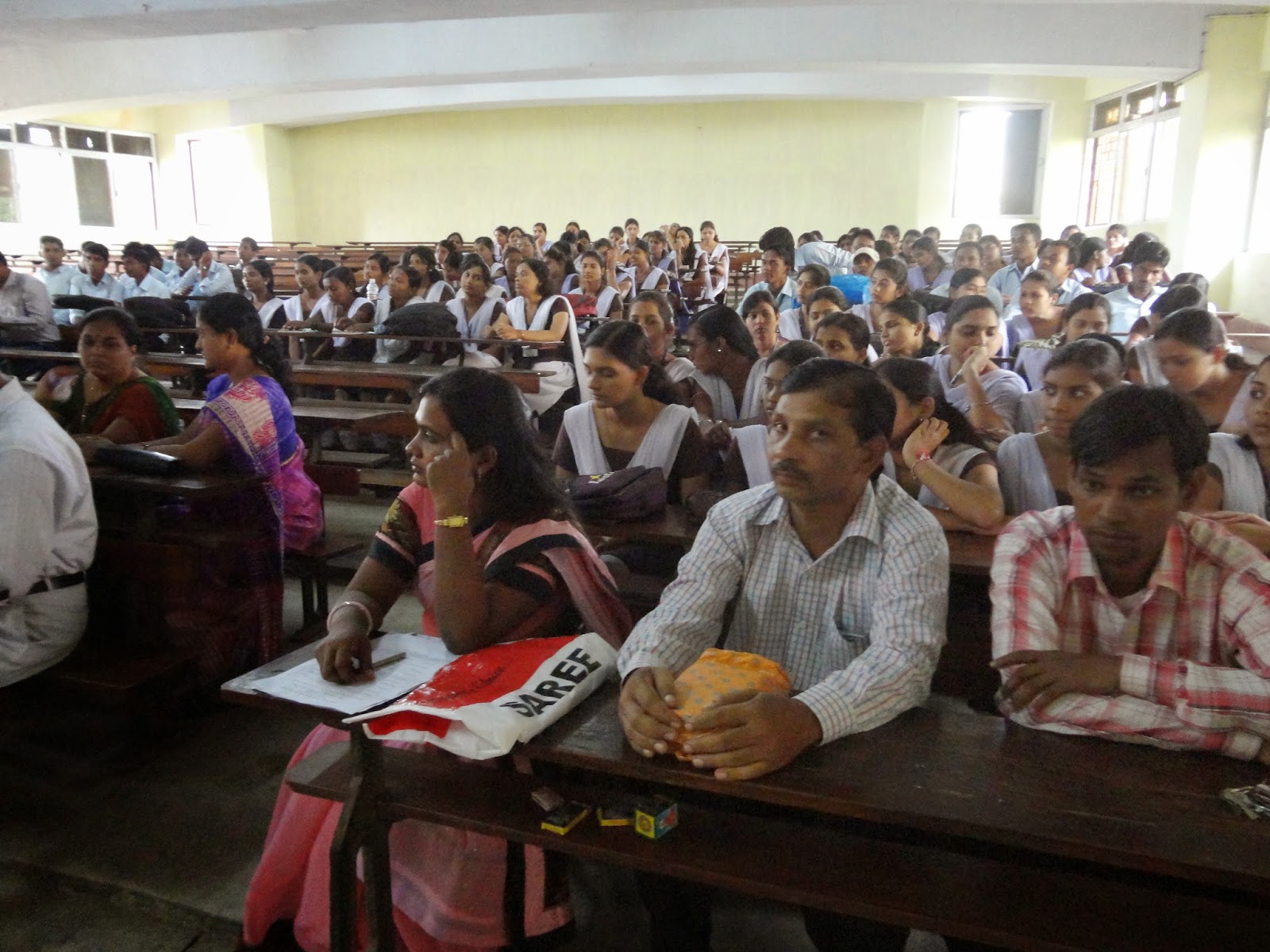 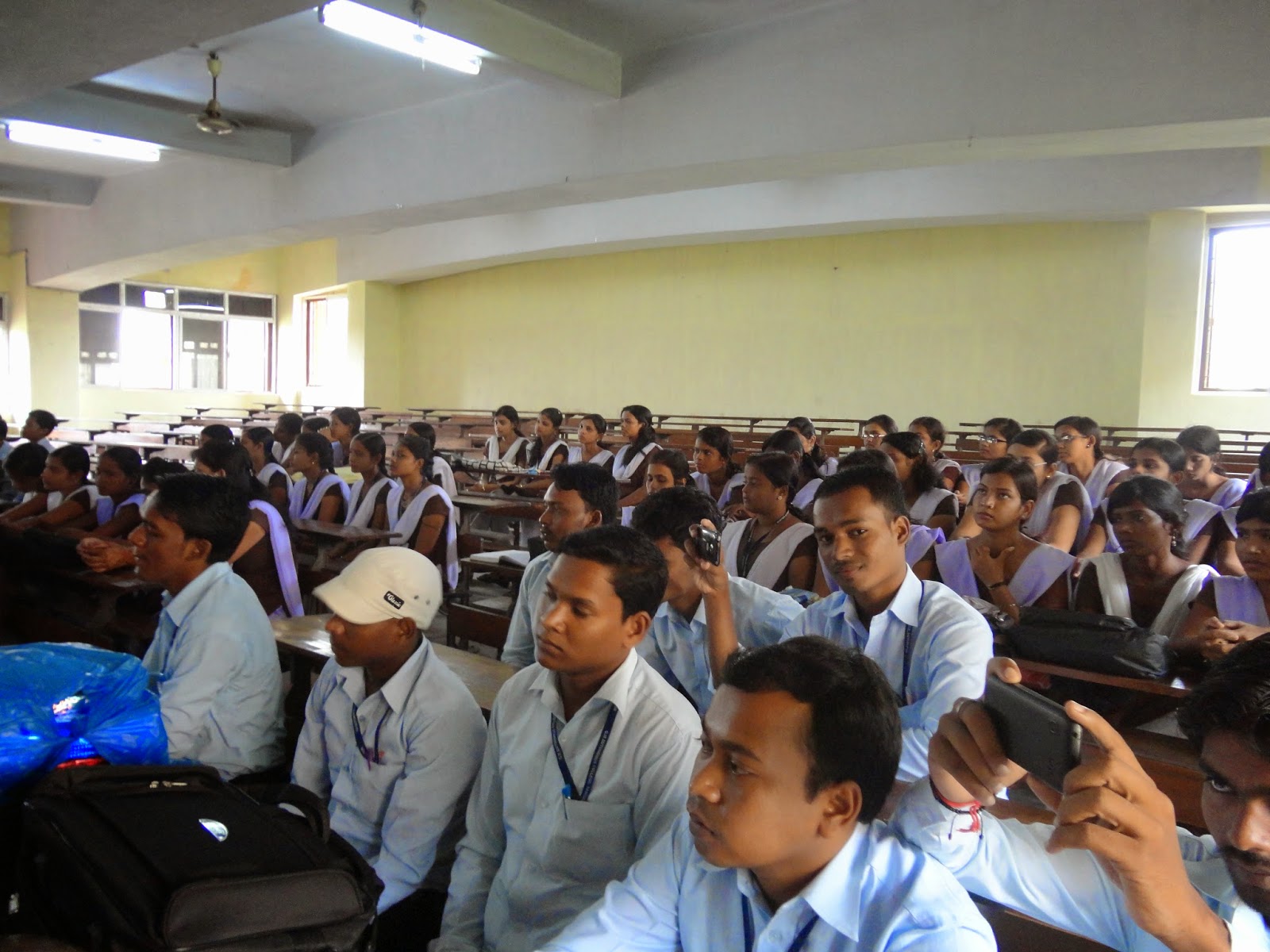 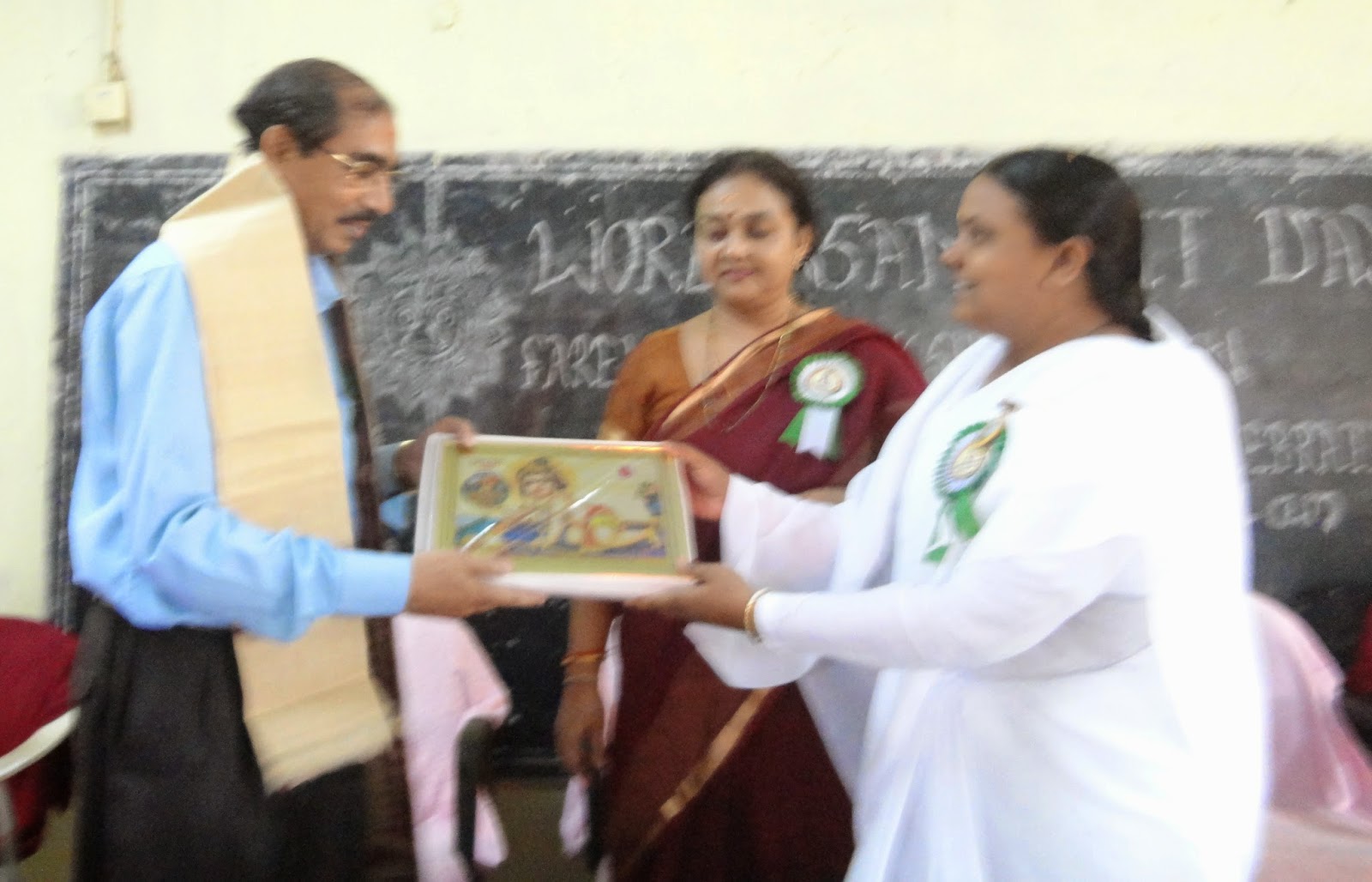 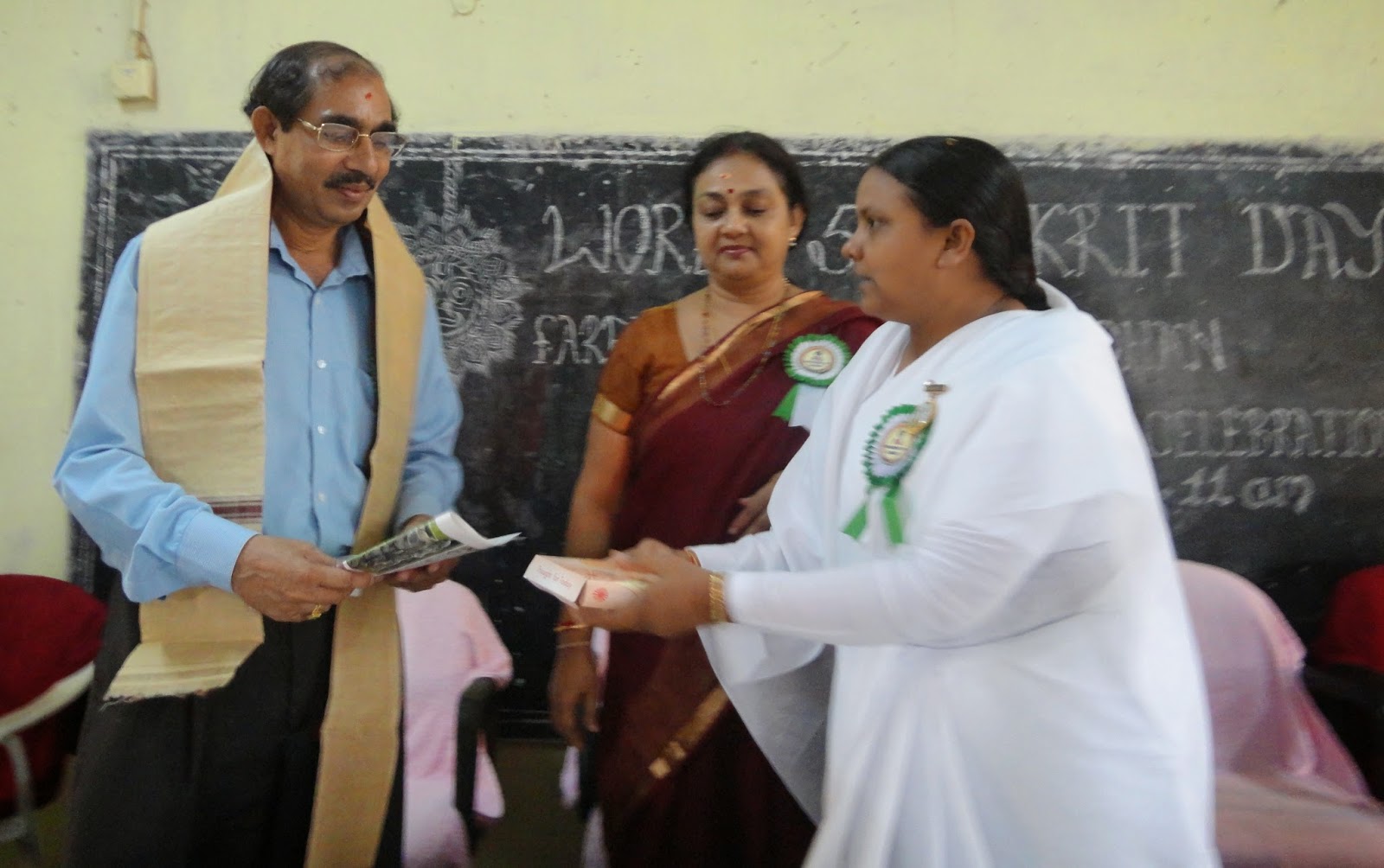